ISLAMABAD: The joint Opposition on Saturday warned the PTI-led government that if the no-confidence motion against Prime Minister Imran Khan is not tabled on Monday (March 21), then it will stage a sit-in inside the National Assembly.

“If this happens, I will convince all the opposition parties to stage a sit-in outside the NA. If the motion is not tabled on Monday, we will not disperse from outside the Parliament; we will see how you will hold the OIC (Organisation of Islamic Cooperation) conference,” he said.

The OIC session of foreign ministers is set to take place in Islamabad from March 22 to 23.

The PPP chairman said the government was threatening lawmakers against voting in favour of the no-confidence motion, which is seeking the ouster of PM Imran Khan.

“But despite that, I want to congratulate the people of Pakistan that PM Imran Khan has lost the house’s majority; this is a victory for Pakistanis,” Bilawal asserted.

‘NA speaker to come to his senses’: Shahbaz

Addressing Asad Qaiser, Shahbaz said that he should “come to his senses” and “not become party to Prime Minister Imran Khan.”

“Don’t let democracy derail, otherwise neither history nor the people of Pakistan would forgive you,” Shahbaz said to Qaiser. “If the speaker fails to put the House in order, we will be compelled to stage a protest.”

He added that the Opposition will not allow anyone to violate the Constitution.

Shahbaz maintained that before coming to power, Imran Khan used to stand atop a container and make tall claims about destroying the Opposition, but now he has understood that the no-confidence motion to oust him from the office will be successful.

“Although the PM accused us [the Opposition] of taking a bribe, the government’s allies are testifying that we did not take a single penny from anyone,” said Shahbaz.

He questioned the PTI about engaging in horse-trading in Balochistan and Azad Kashmir, and said that “such a person [PM Imran Khan] can take any step against the constitutional motion of no-confidence.”

“He who believes in victory never wants a fight,” Shahbaz said, adding that all PTI members should have the right to vote in accordance with their consciences.

Condemnation of attack on Sindh House

Shedding light on yesterday’s incident when hordes of PTI members, including two MNAs, violently protested outside the Sindh House and barged into the building to throw the disgruntled members out, Shahbaz said that “it was not a trivial matter.”

On Thursday, PTI MNA Raja Riaz had claimed that around two dozen MNAs from the ruling party had “sought refuge” in the Sindh House fearing the wrath of the government as the MNAs concerned had decided to go against the premier with regards to the no-trust move.

“It was a highly unfortunate incident as rioters invaded the Sindh House,” he said.

The PML-N president said that the attack on Sindh House was not only about the integrity of Sindh but it was an assault on Pakistan, adding that in a bid to preserve democracy in the country, the Opposition had to swallow a bitter pill and tolerate a lot of things.

Adding to Shahbaz’s comment, Akhtar Mengal said that the attack on the Sindh House was indeed a regrettable incident, adding that it was surprising how such incidents could take place in a high-security area like the federal capital’s Red Zone.

Referring to the Islamabad Police baton-charging on Baloch students earlier this month, Mengal said: “When our children protest in Islamabad peacefully, they [the government] accuses them of terrorism.”

He opined that the attack on the Sindh House warranted the imposition of Section 144. Section 144 of the Code of Criminal Procedure (CrPC) empowers district administration to issue orders in the public interest that may place a ban on an activity for a specific period of time.

“But instead of that, the attackers were released from custody. I suggest Imran Khan is not going to be clean-bowled but will be sent back to the pavilion through a hit-wicket dismissal,” he said.

For his part, PDM chief Fazl said the Opposition would be standing by the truth as he predicted that their aim to oust the incumbent prime minister was near.

But he regretted the abusive language some public office holders and government lawmakers used against the Opposition and disgruntled PTI MPs.

“We have neither taught the nation the politics of abuse nor our party workers,” a charged PDM chief lashed out at PM Imran Khan.

Fazl said he was against the incumbent prime minister since day one, but expressed hope of ousting the premier. He added that the PM will face “exemplary humiliation”.

“When these [disgruntled MNAs] people used to board your aeroplane, you had said it was the voice of their conscience that compelled them to stand by your side. But now, you are calling them donkeys and mules,” he said while berating the premier.

Reacting to the Opposition’s warning of a sit-in outside the assembly, Interior Minister Sheikh Rasheed, while speaking to a private news channel, said: “I dare the Opposition to sabotage the OIC conference.”

“I, as the interior minister, reiterate that the Opposition will suffer in such a manner that their future generations will also learn a lesson from it.” 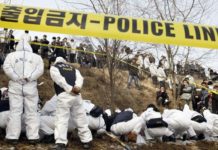 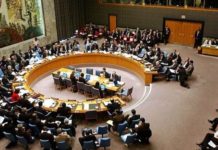 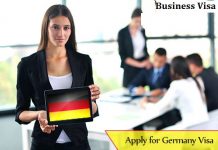