“Plastic bags would be banned in the federal capital from August 14”, she said while addressing a ceremony in Islamabad, here today.

She said PM Imran Khan is a visionary man, who is focusing on climate change, which is affecting Pakistan.

Pakistan ranked 7th in the list of countries affected due to natural disasters, she continued.

Back in the month of May, Minister of State for Climate Change Zartaj Gul had informed National Assembly that the government would impose ban on plastic bags in Islamabad by August 14.

Responding to a question in the National Assembly, Zartaj Gul had urged the masses to use cotton bags as an alternative to plastic bags.

Gul said that a statutory regulatory order (SRO) under the Pakistan Environmental Protection Act 1997 was being drafted to give legal cover to the proposed ban.

She said, “Five thousand cotton bags had been distributed amongst employees of the federal government and more are being procured for distribution in weekly Bazars and other markets free of cost.”

The minister further said that her ministry distributed cotton bags among parliamentarians and journalists as an alternative to plastic bags. 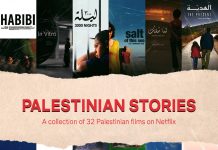