On Thursday morning, the world woke up to a major development in international politics as Russian President Vladimir Putin authorised a military operation in eastern Ukraine, days after deploying troops to Donetsk and Luhansk, two rebel-held regions of Ukraine.

The unexpected escalation of conflict motivated by Putin’s move, which many fear could unleash a major war is also being deemed the start of “World War III”.

Reacting to the Russian military operation, US President Joe Biden said that the US and allies will respond in a united and decisive way, vowing ‘severe sanctions’ on Russia.

As soon as the news broke, #worldwar3 started trending on Twitter, but in a lighter mood as the reactions seemed not as serious as the matter.

We have compiled some of the most interesting and funny memes for you. 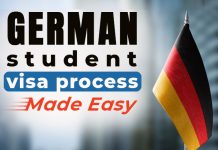