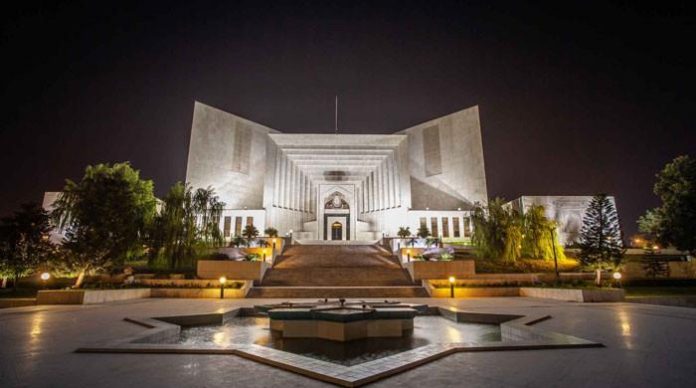 ISLAMABAD: In a major development, the Supreme Court of Pakistan Tuesday ruled that the votes of dissident members of the Parliament (MPs), cast against their parliamentary party’s directives, cannot be counted.

The court, issuing its verdict on the presidential reference seeking the interpretation of Article 63(A) of the Constitution related to defecting lawmakers, said that the law cannot be interpreted in isolation.

The apex court wrapped up the hearing of the reference today, which was filed by President Arif Alvi on March 21. The hearings continued for 58 days since its filing.

Can defecting parliamentarians be allowed to vote?

The SC stated that the first question deals with the “proper approach to be taken to the interpretation and application of Article 63(A) of the Constitution”.

On this, the bench ruled that the “provision cannot be read and applied in isolation and in a manner as though it is aloof from, or indifferent to, whatever else is provided in the Constitution”.

“Nor can Article 63(A) be understood and applied from the vantage point of the member who has earned opprobrium and faces legal censure as a defector by reason of his having acted or voted (or abstained from voting) in a manner contrary to what is required of him under clause (1) thereof. Rather, in its true perspective this Article is an expression in the Constitution itself of certain aspects of the fundamental rights that inhere in political parties under clause (2) of Article 17,” said the verdict.

The court said that the two provisions are intertwined. It explained that Article 63(A) acts to “protect, and ensure the continued coherence of, political parties in the legislative arena”. It added that the parties act “are the primary actors” in the parliamentary democracy.

“Political parties are an integral aspect of the bedrock on which our democracy rests. Their destabilisation tends to shake the bedrock, which can potentially put democracy itself in peril,” said the verdict.

The bench also stated that defections can “delegitimise parliamentary democracy itself”, adding that it condemns that act which is a “cancer afflicting the body politic”.

“They cannot be countenanced,” said the verdict.

“It follows that Article 63(A) must be interpreted in a purposive and robust manner, which accords with its spirit and intent. Ideally, the Article should not need to be invoked at all; its mere existence, a brooding presence, should be enough.

Put differently, the true measure of its effectiveness is that no member of a Parliamentary Party ever has to be declared a defector. Article 63(A) should therefore be given that interpretation and application as accords with and is aligned as closely as possible to, the ideal situation.”

The verdict further added that the “pith and substance of Article 63(A) is to enforce the fundamental right of political parties under Article 17 that, in particular in the legislative arena, their cohesion be respected, and protected from unconstitutional and unlawful assaults, encroachments and erosions.

It must, therefore, be interpreted and applied in a broad manner, consistent with fundamental rights. It also follows that if at all there is any conflict between the fundamental rights of the collectivity (i.e., the political party) and an individual member thereof it is the former that must prevail. The first question is answered accordingly.”

Will defecting MPs vote be given equal weightage?

On the second question, the bench ruled in its “view” an MP’s vote cast contrary to party directions “cannot be counted and must be disregarded”.

“This is so regardless of whether the party head, subsequent to such vote, proceeds to take, or refrains from taking, an action that would result in a declaration of defection. The second question referred to this Court stands answered in the foregoing terms,” the court said.

Can defecting MPs be disqualified for life?

In response to the third question regarding the disqualification of members, the top court rejected the PTI’s plea, saving the lawmakers from permanently being barred from the Parliament.

The bench said that in its opinion a “declaration of defection” under Article 63(A) can be dealt with by the “appropriate law made by Parliament”.

“While it is for Parliament to enact such legislation it must be said that it is high time that such a law is placed on the statute book. If such legislation is enacted it should not amount to a mere slap on the wrist but must be a robust and proportionate response to the evil that it is designed to thwart and eradicate,” said the verdict.

Other measures that can be taken to curb vote-buying?

The fourth question submitted by the president was returned by the court as it was “stated in terms” that were “vague, and too broad and general”.

The minority judgement — issued by Justice Mandokhail and Justice Miankhel — noted that Article 63(A) is a “complete code in itself, which provides a comprehensive procedure regarding defection of a member of the Parliament and consequences thereof”.

“Therefore, it is not our mandate. We see no force in the questions asked through this presidential reference, which are answered in the negative. However, if the Parliament deems fit or appropriate may impose further bar or restrictions upon the defectors,” said the minority judgment.

The former PTI-led government had decided to approach the SC for clarity on Article 63(A) as several PTI lawmakers announced to vote on the no-trust motion against then prime minister Imran Khan — a violation of the party policy.

Despite their decision of not siding with their leader, none of the PTI MNAs had cast their votes of no-confidence against Khan, as the then opposition already had the required 172 votes to oust him.

In the reference, the government sought the apex court’s opinion on two interpretations of Article 63(A) and which one should be adopted and implemented to achieve the constitutional objective of curbing the menace of defections, purification of the electoral process, and democratic accountability.

The reference stated if the constitutional disapproval and prohibition against defection were effectively enforced with deterrence for the future as well, many such members would stand disqualified for life under Article 62(1)(f) and would never be able to pollute democratic streams.

Article 63(A) of the Constitution of Pakistan deals with the defection of parliamentarians.

According to the article, a lawmaker can be disqualified on the grounds of defection if they vote or abstain from voting in the House contrary to any direction issued by the parliamentary party to which they belong.

However, this is restricted to three instances where they have to follow the party’s directions:

Per the article, the head of the party is required to present a written declaration that the MNA concerned has defected.

However, prior to presenting the declaration, the head of the party will have to give the MNA concerned a chance to explain the reasons for defection.

Following that, the party chief will then forward the written declaration to the speaker, who would, in turn, hand it over to the chief election commissioner (CEC).

The CEC will have 30 days at their disposal to confirm the declaration. Once confirmed, the MNA concerned will no longer be a member of the House and their “seat shall become vacant” 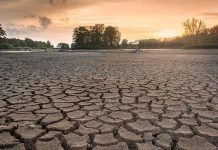 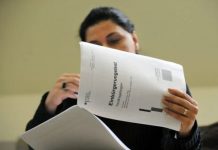 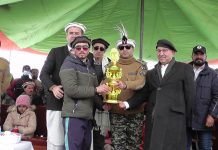